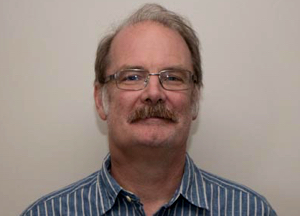 Mark Pocock (MASc EE, University of Waterloo 1983; BSc Honours Chemistry, UBC, 1978) is the principal of Suncoast Audio, providing audio design services to the consumer electronics industry. Recent and current projects included the development of a waterproof microphone assembly for a submersible video camera and the development of an innovative headphone system.

Mark attended the University of Waterloo from 1980-1983, and worked with the Audio Research Group during the preparation of his Master’s Thesis, Computer Modelling of Binaural Localization. After graduation, Mark worked with Bell Northern Research in their Design Interpretive and Acoustics Groups, developing software-based subjective testing procedures, wideband audio teleconferencing systems, automated audio production testing methodologies, and the audio interfaces for a number of hands-free and handset-based devices. During this time he was granted two patents on specialized microphone assemblies, and made presentations on the acoustics of small rooms.

After BNR, Mark worked with Novatel Communications as a member of their audio development team, and later as the manager of their Audio and Acoustics Department. During this time projects included the audio design of a number of cellular telephones, the design and construction of an anechoic chamber and associated audio test facility, and the development of high speed automated audio test procedures for use in volume manufacturing.

Mark subsequently worked with several telecommunications and marine companies in senior management roles, responsible for the development of service provider and consumer products in the areas of wireless data, simulcast technologies, location-based services, and the recreational and commercial marine industry.