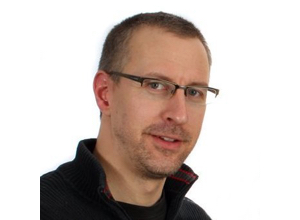 Scott Norcross received his B.Sc. in Physics from McGill University in Montreal. He received his M.Sc. in Physics from the University of Waterloo, under the supervision of Professors John Vanderkooy and Stanley Lipshitz, while being a member of the Audio Research Group. His thesis topic was “The effects of nonlinearity on impulse response measurement techniques”. He then taught audio technology in the physics department at American University in Washington D.C., after which he then joined the acoustics group at the National Research Council (NRC) of Canada in Ottawa. He worked on the research and development of acoustical measurement systems under the supervision of Dr. John S. Bradley.

He received his Ph.D. from the University of Ottawa under the supervision of Professor Martin Bouchard, where his research topic was inverse-filtering for rooms and loudspeakers. While completing his Ph.D. he was a Senior Research Engineer in the Advanced Audio Systems group at the Communications Research Centre in Ottawa, working in various fields of audio such as loudness, subjective/objective quality evaluation and multichannel audio systems. He was also active in the ITU-R Working Party 6C group on Programme Production and Quality Assessment and the ATSC S6-3 group on loudness.

He is now a member of the Sound Platform Group at Dolby Laboratories involved with sound strategies, managing Loudness and Metadata technologies and active in ATSC, EBU and ITU-R standards organizations.