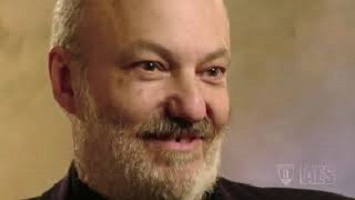 Dr. Claude Fortier began his career in acoustics and audio-visual design in the research and design of loudspeakers. He was extensively involved in the Audio Engineering Society, presenting many papers on loudspeaker research and chairing technical sessions at North American conventions of the society.

His achievements in this area included the design of a loudspeaker system which was awarded the Class A rating, the highest Level awarded by Stereophile magazine. Dr. Fortier is the only Canadian designer to ever achieve this result. He was also awarded a patent for an electronic loudspeaker crossover filter system that is currently in use in products all over the world.

Dr. Fortier was also the founding president of the Canadian Audio Research Consortium, an industry-NRC research consortium inaugurated by the Minister of Science and Technology. The consortium was formed for the purpose of developing active loudspeakers and interactive audio room environments using digital signal processing. He was also elected its technical director and presented a paper to the Canadian Acoustical Association about speaker room response improvements from the CARC/DSP technology. This area of investigation led into architectural acoustics and the interactions of acoustic and electroacoustic behaviors in built space.

Dr. Fortier extended his interest in electro-acoustic systems into the area of multimedia systems design, and has designed and supervised the installation of several highly complex AV systems incorporating audio and video teleconferencing, multi-media presentations and complete room control systems design, for clients such as Nortel, Department of National Defense, La Cite Collegiale, JDS Uniphase, the Department of Justice and others.

Dr. Fortier taught a graduate course in acoustic measurement at McGill University seminar courses at the Banff School of Fine Arts, and has been qualified as an expert witness in the field of acoustics by the Supreme Court of Ontario and the Ontario Municipal Board. He is uniquely qualified in acoustics, noise control and audio-visual design, combining a broad based theoretical background in physics, acoustics and electronics with experience in every aspect of practice as an acoustical consultant.