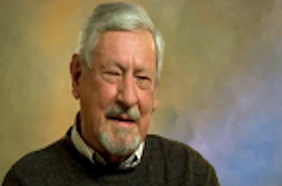 Jack Kirkpatrick’s Tele-Tech Electronics is a fixture in the Toronto recording community and been a supplier of new and used Recording Equipment (and sage advice) for the past 54 years. After graduating from Ryerson as an Electronic Technologist Jack worked for A.V Roe on the Avro Arrow project before opening Tele-Tech in 1954 repairing Televisions and Tape recorders. Originally located on Avenue Road in Toronto it has moved twice, the first time to Etobicoke and then to Markham where it continues today.

In this time period Jack has seen almost every trend in modern recording come and go and has been a mentor and friend to many aspiring recordists, musicians and studio owners. Throughout all of this Jack has made time to stay current by studying Computer Science at York University and Cost Accounting at McMaster University, graduating in 1972 as a Cost Accountant.