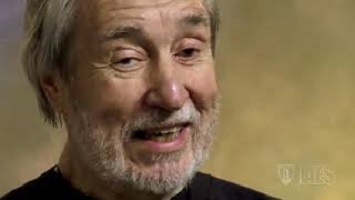 Jack Richardson, C.M. (b. 1929) is a Juno Award-winning Canadian record producer, Canadian Music Hall of Famer, Order of Canada recipient and an educator at Fanshawe College in London, Ontario, in the Music Industry Arts program, as well as at the Harris Institute for the Arts in Toronto, Ontario in the Producing and Engineering Program (PEP). Richardson was born in Toronto, Ontario, and had early musical training playing in various school bands.

By 1949 he was playing professionally in “The Westernaires” who had a regular radio program. In 1958 he was working as an account executive for a firm that produced a regular television program, but in the mid 1960s Richardson and three others from this firm decided to form their own production company, Nimbus 9. Initially audio recording was only one aspect of Nimbus 9, which was formed to provide multi-media production to their clients.

Within a brief period of time, however, audio recording became the single focus of operations there. Richardson approached the Coca-Cola company with an idea to produce and market seven-inch singles (45’s) through a type of bottle-cap reimbursement scheme. On one side of the release were a regionally popular band from Winnipeg, Manitoba, The Guess Who, and on the flip-side, a group from Ottawa, Ontario called The Staccatos (later to become the Five Man Electrical Band). Both of these groups would soon have worldwide hit records.

Taking a chance, Richardson mortgaged his own home to obtain funds to produce a full-length record with The Guess Who. He took the group to A&R records studio in New York, and produced the classic 1968 Wheatfield Soul album, which spawned a massive international hit These Eyes.

Richardson and The Guess Who had many more hits in the next few years, and as Richardson’s reputation as a producer grew, so did his list of famous clients. From the early 1970s on, Richardson produced many of the biggest selling records of the era. Alice Cooper ( “I’m 18”, “School’s Out”), Bob Seger’s “Night Moves”, Peter Gabriel, Pink Floyd, Bay City Rollers, Badfinger, Moxy, Poco, The Irish Rovers, Max Webster, Dan Schafer and many others. This was in addition to the hits he was producing for The Guess Who, who were for a time (1970) the best selling rock group in the world.[1]

In the mid-1980s Richardson decided on another career change and became a Professor in the Music Industry Arts (MIA) program at Fanshawe College in London, Ontario, until he retired from teaching in 2007.

The non-profit Jack Richardson Music Awards, the inaugural year of which was 2005, are named in his honour and given to up-and-coming musical acts and artists from London in a variety of categories.

The Juno Award for Producer of the Year has been named in his honour since 2002.

Jack Richardson is the father of noted music producer Garth Richardson (Rage Against the Machine, Red Hot Chili Peppers, System of a Down).

Jack Richardson is considered to be the mentor of producer Bob Ezrin. At the time of Bob’s introduction to Jack Richardson, Bob felt that his job was music ‘management’. Jack corrected Bob by telling him that he was actually involved in music ‘production’ and that he (Jack) was going to show him (Bob) how.