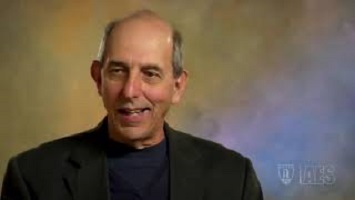 A born and bred New Yorker, David Greene began his professional career in with a small recording studio, Edgewood Recording in Washington D. C. From there he went to work for M.G.M. Records in New York City as a senior recording engineer. While at M.G.M. he engineered many successful recordings with a wide range of artists from The Animals to Bill Evans to the motion picture soundtrack album Dr. Zhivago.

In 1967 he joined the staff of A & R Recording, Inc. in New York City as a senior recording and studio design engineer. During his tenure there, he worked with artists such as Stan Getz, The Guess Who, and Burt Bachrach/Hal David.

In 1971 he joined the staff of Manta Sound Studios, Toronto as Chief Engineer and helped establish Manta as the top recording studio in the country. In 1975, he formed Unlimited Productions, Ltd., an independent music/audio production and technical consulting service. In addition to record production/engineering Unlimited was one of the pioneers in high quality audio for television and videodisc products such as the video version of Bob Fosse’s Broadway show Pippin, a concert series for videodisc with The Israel Philharmonic Orchestra conducted by Zubin Mehta, and the television special Dolly in London with Dolly Parton for HBO.

As one of the most sought after music production and scoring services, it was a natural for Unlimited to develop into sound design for dramatic projects. Episodic television became a large part of the schedule with everything from Philip Marlow Private Eye (HBO), to Care Bears (Nelvana) to Alfred Hitchcock Presents (Universal).

In 1991 Unlimited Productions became the basis for Magnetic Music, the music production wing of Magnetic Enterprises. As part of the reorganization of Magnetic North in 1996, David was made VP/GM – Audio, and was responsible for the audio and music operations and facilities.

In 2000, David left the corporate world to return to his first love, production. Among his initial projects were Cyberworld (3D Imax Film), J.Lo in Puerto Rico (Jennifer Lopez NBC Special), and 2002 Winter Games – Opening Ceremonies (NBC) for which he received a Primetime Emmy award in the Outstanding Sound Mixing for a Variety or Music Series or Special category. Among his recent projects he served as Executive Music Producer for the widely acclaimed CBS Miniseries Hitler: The Rise of Evil which received a Primetime Emmy nomination for the Original Music, Primetime Emmy award for Sound Editing and is nominated for a CAS (Cinema Audio Society) award for Sound Mixing. He continues to proudly live in Canada with wife and bulldog.