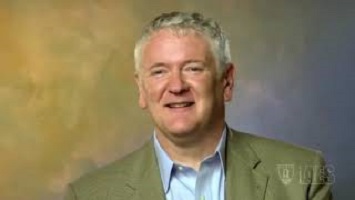 Jim Anderson is an internationally recognized recording engineer and producer for acoustic music in the recording, radio, television, and film industries. He is the recipient of numerous industry awards and nominations in the recording industry, including nine Grammy-awarded recordings and 25 Grammy-nominated recordings; as well as two George Foster Peabody Awards for radio programs and two Emmy nominations for television programs. He has been a frequent lecturer and master-class guest faculty and speaker at leading international institutes of higher education, including the Berklee School of Music, McGill University, Banff Centre of the Arts, Universite de Kunst in Berlin, University of LuleÂ in LuleÂ, Sweden, University of Massachusetts at Lowell, New England Institute of the Arts, Penn State University and numerous sections of the Audio Engineering Society.

Specializing in jazz and acoustic music, Jim has worked with legendary producers including Bob Belden, Michael Cuscuna, Creed Taylor, Jim West, among others, and has recorded projects for Toshiko Akiyoshi, Patricia Barber, Terence Blanchard, Ron Carter, Jon Fadis, Joe Henderson, J.J. Johnson, Christian McBride, Gonzalo Rubalcaba, Maria Schneider, McCoy Tyner, Phil Woods, John Zorn, and many more.  Among his television credits, he has worked with the Muppets and “In Performance at the White House” for PBS. A graduate of the Duquesne University School of Music in Pittsbugh, Pennsylvania, he has studied audio engineering at the Eastman School of Music and Sender Freies Berlin. During the 1970’s, he was on the technical staff of National Public Radio where he engineered and produced many award winning classical, jazz, documentary, and news programs. Since 1980, Jim has had a career as an independent audio engineer and producer, living in New York City. He has been Chairman of the New York Section of the Audio Engineering Society, a Vice President of the AES, Chairman of the last three AES East coast Conventions and beginning this October, President of the AES.

Jim is a professor at New York University’s Tisch School of the Arts and is the former Chair of the Clive Davis Department of Recorded Music. He still maintains an active professional recording schedule.