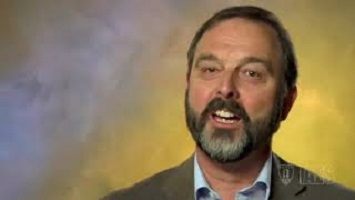 When he was very young, early encounters with technology set Roger Furness on the path towards his career in pro audio. His uncle, a music and hi-fi fanatic, “built his own amplifier, speakers, even a television set, and this fascinated me,” Furness recalls. “When I was in my teens, I started the same thing-building hi-fi for myself and others. I loved all kinds of music and found technology very interesting.”

After he finished school, Furness applied for a job at Electrical and Musical Industries (EMI) Research Laboratories and studied for his degree while he was there. Subsequently, he worked for Panasonic as the technical and marketing manager of its Technics hi-fi and pro audio brand. Later, he started his own company, Minim Electronics, which was heavily involved in Ambisonic surround sound and broadcast projects.

While Furness was at EMI, the Audio Engineering Society held its first convention in London, and he was asked to help with the Technical Tours. “I had never heard of the AES,” he remembers, “but joined and went to a local section meeting and found myself in an audio wonderland. There were people at this meeting that I had only read about in magazines and books, and they talked to me as if I were one of them and not some young nobody. This started my life with the AES, which has been very rewarding and enjoyable.”

Soon, Furness was asked to join the AES British section committee. He was later elected vice president of the Europe region and then in 1991, president of the AES. In 1994, when Donald Plunkett, his predecessor, retired, he took over as executive director. “As you know,” Furness adds, “Don sadly passed away recently, but he was my mentor and extremely helpful to me in the AES positions I held, and was a very good friend. I will always be grateful to him.”

Furness believes that having been an AES member over the years has allowed him to view the things that the AES does through the eyes of a member and hopefully improve activities for their benefit. Also, having been an audio engineer helps him to understand what is happening in the many conventions and committee meetings that he attends. Having been an exhibitor, big and small, at many conventions, he feels he understands what helps and hinders exhibitors’ lives and tries to improve their experience.

The AES has more than 14,000 individual members spread throughout the world. About half are in the U.S., where the AES started in 1948. Europe, Latin America, Japan and Asia and Australia are also strong areas of membership. There are over 170 sections in total. The AES world is split into eight regions, each of which has a vice president. There are six governors; a past, current and elect president; secretary and treasurer that make up the Board of Governors, which are elected by the membership. There is a small staff of 15 mostly based in the headquarters office in New York, which look after conferences, conventions, membership and the AES Journal-the only technical publication devoted to audio.

Furness explains that the AES charter is to “disseminate information in the field of audio.” The primary vehicle for that has always been the Journal, but, as he points out, increasingly the AES conferences, conventions and section meetings are where people get their information. He observes, “Dissemination can be interpreted in two ways-discussion amongst peers and education. That is why there are both high-level Paper sessions and Tutorials at AES conventions.”

As executive director, Furness is responsible for the activities of the AES. To his advantage, he says, he has a staff that “knows what they are doing and are experienced.” This means he does not have to be concerned with everything that’s done on a daily basis. He explains, “I am there when there are questions and policy decisions that need to be addressed. My main areas of work are guidance with the conventions to keep the technical programs on track and exhibits running smoothly and the AES website, which is now our main way of communicating with our members and others interested in the field of audio.”

Furness feels the biggest areas of growth for the AES are the website and conventions. He says, “We have developed the website so that you can join the AES, renew membership, buy any technical paper we have produced since we began, whether individually, or as part of our online E-Library and see all the details of our upcoming (and past) events. Membership in the society is growing faster than ever before in our history, particularly among students, which is why we are making all our past Tutorials available online for them and others to benefit from. This growth is also reflected in the conventions, where the Technical Programs have exploded in recent years covering an ever expanding range of audio topics.”

For Furness, the AES’ future looks bright, indeed. He says his main objective is “keeping the ship moving in the right direction and balancing the many demands made on the AES by its various groups, both in the U.S. and internationally, plus building on what has made the AES successful for the past 58 years.” Expanding the technical programs at conventions, and broadening the topics covered in the AES Journal and at conferences, is what continues to make the AES more attractive and more useful to a wider audience, hence the increased membership.

Furness concludes, “Explaining our mission has always been a challenge, so this year we are promoting the New York convention far more and in different ways than before. For example, we have developed an initiative in which five major pro audio retailers have agreed to support the convention as official retail sponsors. We think that this will result in an increased attendance at the show, particularly from the end-user sector. That is to everyone’s advantage-attendees, presenters and exhibitors.”