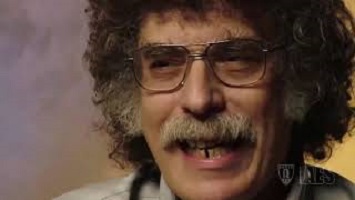 Leigh Cline is a guitarist, producer and sound engineer. Born and raised in Toronto, Canada, Leigh – who plays guitar, tambura, saz and synthesizers – started playing guitar at the age of 15. The music he plays focuses on Black Sea, Greek and Turkish music with echoes of the Caucasus and Celtic music.

Leigh was part of the Toronto/Yorkville folk and blues music scene of the 1960s, starting at Tam Kearney and Jim Strickland’s Fiddlers’ Green Club and travelling throughout North America as a folk music performer. For the Mariposa Folk Festival, in the ‘60s and ‘70s, Leigh was Stage Manager, Technical Director, served on the Board of Directors and did World Music Research. He was also Editor of the Toronto Folk Music Guild’s HOOT Folk Music magazine.

Leigh was sound engineer for many performers including Bruce Cockburn, Joni Mitchell, Judy Collins, The Chieftains, Syrinx, Sha Na Na, Fleetwood Mac, Procol Harum, Rod Stewart, Poco and festivals all over Canada and the USA. He toured with Ian & Sylvia & The Great Speckled Bird. He was Sound Designer for The National Ballet of Canada’s production of Yannis Xenakis’ Kraan Erg. He was also Sound Designer for several exhibitions at The Ontario Science Centre including “In Praise of Hands” Crafts Exhibition and the “Sports” Exhibition. As well, he was World Music Researcher for CBC Television Documentary Specials, Programme Director at the Orillia Winter Folk Festival and worked on the stage crew at the Woodstock Festival. Leigh became the first Production Manager at Toronto’s Harbourfront Centre.

Leigh continues to record and perform at concerts, clubs and festivals as well as giving workshops on guitar styles, rhythms, scales and the music of Greece, Turkey, The Caucasus and Central Asia.