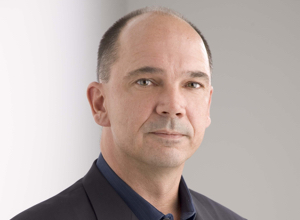 Paul Bauman (MSc Physics, University of Waterloo 1985; MEE, McMaster University 1991) is Associate Director, Tour Sound with JBL Professional and has been with the company since 2006.  He is responsible for product conception, design, and technical support for the Tour Sound vertical market segment with specific focus on the VTX and VerTec product lines. Prior to this, Bauman was Head of R&D / Director of Technical Support with L-ACOUSTICS and based in France from 1998-2006, Director of R&D with the touring sound company Maryland Sound International (1994-98), Director of Engineering with Adamson Systems Engineering (1991-94), Guest Researcher at Chalmers University of Technology, Sweden (1991-92) and Senior Research Engineer with the Communications Research Lab at McMaster University (1986-91).

Bauman has written technical papers for JAES, JSV, IEEE and articles for Live Sound, Professional Sound and Pro Sound News. He was Toronto AES Section secretary for 4 years, secretary for the AES “Audio in Digital Times Conference”, workshop chairman for ”Design and Modeling of Linear Array Sound” (108th AES, Paris) and is a former member of the AES Technical Committee for Acoustics and Sound Reinforcement.