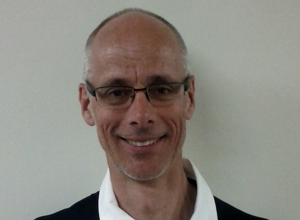 Peter Schuck received a B. Math degree in 1981 from the University of Waterloo. He remained at Waterloo joining the Audio Research Group and investigating computer optimized loudspeaker crossover design until 1983 when he obtained a M. Phil. Degree in Applied Mathematics. Subsequently, he received a Ph. D. in Applied Mathematics in 1986 from the University of Western Ontario, studying numerical methods for moving boundary problems in porous media flow.

From 1986 to 1993 he worked in the Acoustics and Signal Processing Group of the National Research Council where, after research in active noise control, he assisted in the formation of the Athena Project and became its Project Leader. After completion of the Athena Project in 1993, he joined Paradigm Electronics Inc. where together with his partner Marc Bonneville, he established the Paradigm Advanced Research Center working on electronic consumer audio products.

In his 20+ years with Paradigm his activities have varied from the design and implementation of automated loudspeaker measurement system for Paradigm’s anechoic chamber, through loudspeaker modeling, to design and implementation of DSP firmware. Currently, his focus is in the in the areas of overall system design and software for Anthem surround sound processors and receivers and Paradigm active subwoofers, speakers and soundbars.

I was part of the Audio Research Group from May 1981 through to August 1983. I published a paper on loudspeaker crossover optimization based on my M. Phil. thesis for the department of Applied Mathematics.