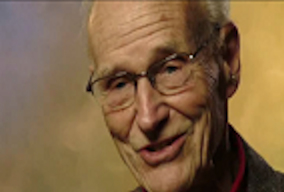 After graduation from the Radio College of Canada in 1941, Bill Dowding started work for RCA Recording Studios in Toronto as an Assistant Recording Engineer.

Bill retired from RCA in 1983. In between these two dates Bill was involved in a world war and the evolution of audio recording as it progressed from lacquer disks to digital masters.

In this period Bill also managed to serve the Canadian Figure Skating Association for many years, managing and assisting with their touring live sound reinforcement and music playback requirements.