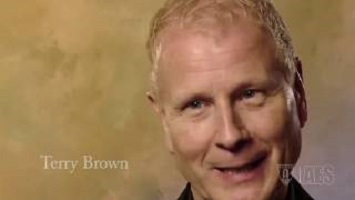 Born and educated in England, Terry Brown learned his craft in four of the top independent studios in London during the 60’s when the British pop scene was exploding. Engineering some big hits with some notable artistes he moved to Canada at the beginning of the 70’s to further his career, this time as producer. Many successes later Terry continues to work with a variety of artistes and, embracing the digital medium at the outset, is now mixing in various formats, including DSD – 5.1 and Hi-res PCM.

In London during the sixties independent studios were a rare breed, a handful at best. I started my career at Olympic Studios under the direction of Keith Grant, who proved to be a great teacher. At that time Olympic was located just off Baker Street in London’s West End down a little mews lined with small apartments which in fact were converted garages or originally horse stables. Rumour had it that Wellington stabled his team in that very spot. On the morning I started my new adventure The Animals’ ‘House of the Rising Sun’ was being prepped for the mastering room and the first Rolling Stones record had recently been completed so things were seriously happening for Olympic.

I spent the first few months learning studio etiquette and making an awful lot of tea and coffee, which was part of the British way to learn the studio business, but at the same time learned the art of studio set-up, microphone placement and running a tape machine that had no RTZ or clock to let you know where in heaven’s name you were! During this apprenticeship I got to shuffle the tape for some very successful young artistes and was a part of the team that recorded hits for The Troggs, The Moody Blues, Marianne Faithful, Spencer Davis Group, Donovan, Barbra Streisand and many more.

The next step for me was to begin engineering, this came sooner than I had imagined possible due to a mechanical breakdown of Keith’s car en route to the studio. I was the only one available so amidst internal panic got the session off and running and successfully captured the sound of a big band, rhythm section and horns, until Keith could be there to confirm that things were as they should be. This was a big step for me and it was not long before I was tackling some rock projects, one of the first being the recording and mixing of The Who’s ‘Substitute’ under the direction of Mr. Peter Townsend. The trend continued until it was time to move on to a new studio and continue the learning curve, this time I would be under the watchful eye of Adrian Kerridge at Lansdowne Studios down in Holland Park.

At Lansdowne, although engineering sessions from the beginning, one of the first memories I have was of leadering up Dave Clark’s new album — twelve songs, none of which could have been longer than two minutes and thirty seconds! — many of the tracks were, of course, huge radio singles. Shortly there-after I recorded the ‘Homburg’ single for Procul Harum and then ‘Mellow Yellow’ for Donovan with Micky Most and worked on the Bonzo’s first record with Gerry Bron. One of the in-house production team at Lansdowne was Monty Babson and with partner Barry Morgan they approached me to help them put together a new studio to be named Morgan Studios.

As plans went ahead for the construction of Morgan I moved once again to the New Olympic studios which was a considerably more upscale affair on the south side of the Thames in Barnes.

With two studios running around the clock it seemed as if this was where the pop scene began and ended ! — The Rolling Stones, The Eagles, Jimmy Hendrix, Procul Harum, The Small Faces, Manfred Mann and then as if out of nowhere a group of Canadians breezed into town to record a pool of Beer spots for Canadian radio. Under the leadership of Mort Ross and Doug Riley we recorded non-stop for a week, sessions that were refreshingly up-beat, but had little to do with British pop and all the while Morgan was taking shape; piece by piece equipment was arriving and walls were going up and treatments were being applied. Then all of a sudden we were ready to open the doors and begin recording with a Scully 8-track recorder and the first CADAC console — Andy Johns was hired as tape—op (not for long I might add- he had big plans!) and I was recording ‘The doughnut in Granny’s Greenhouse’ with The Bonzos and Gus Dudgeon producing, ‘Feeling Alright’ with Traffic and mixing Joe Cocker’s ‘With a little help from my friends’- we were off to a flying start!

It was then that the ‘Canadian Connection’ began to take shape with a ‘phone call to Doug Riley which was really more social, but saw me heading out to Toronto during a quiet week and recording more beer spots. Beer! I could think of worse reasons to head to North America. We recorded all week, but I did get to savour the local music scene which, although small, was vibrant. The recording studios were few and far between and even then had very little of the gear I had become accustomed to using. Once back in London I missed the gang in Canada and we hatched a plan to build a studio/label to operate out of Toronto and to open in the fall of ’69.

Married, I had to convince my wife Linda that this was a good thing to do, after all she had a career with a big TV company and things were going well for me too, but it felt right. The appropriate papers were obtained, personal effects were packed and flights booked; it was going to happen. And happen it did. Our first band was Motherlode and our first hit was ‘When I Die’; then came Dr. Music, a 15 piece big band and a national hit this time with ‘Sun Goes By’. I engineered sessions for April Wine, The Stampeders, Michel Pagliaro, Moe Koffman – (the theme for “As it Happens” is still on CBC), we recorded the music for a number of TV shows including Sony and Cher and Ray Stevens and I found myself consulting the audio on the Kenny Rogers series among others.

It was then that I started to take the production aspect of things more seriously and started a long relationship with Rush, cut three albums with Klaatu and as many with Max Webster. The 80’s saw a Billboard #1 with ‘I Just Died In Your Arms’, Toronto went gold with ‘Head On’, ‘Tom Sawyer’ from ‘Moving Pictures’ pushed Rush over the edge and ‘Try’ was the big hit for Blue Rodeo’s ‘Outskirts’ CD. As the 90’s rolled over I produced Fates Warning’s ‘Parallels’, mixed the singles for Moist for EMI Music of Canada, at that point independent, and mixed the radio singles for the Killjoys and Matthew Good.