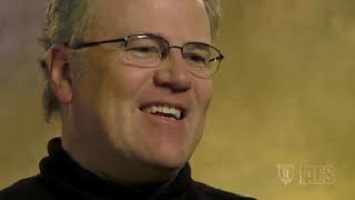 Doug McClement became interested in audio as a teenager, working in stereo stores and playing in bands around his home town of Kingston, Ontario. He set up Comfort Sound, a four track studio in his parents’ basement in 1973, recording demos for local bands and songwriters.

After graduating with an Honours Bachelor of Commerce from Queen’s University in 1975, he moved to Toronto, where he worked as a computer programmer for TD bank during the day, while running a home studio at night and on weekends. By 1978, the studio was busy enough for Doug to quit the bank, expand to eight track and go full time into recording. He also started to get requests from studio clients to record their bands on location. After a couple of years of taking gear out of the studio for these remotes, he purchased a cube van to accommodate the expanding live recording business.

Throughout the eighties, the studio expanded from eight to twenty-four tracks, and changed its focus from radio and records to music for television and film. Doug was hired by several television networks to engineer remotes outside Canada, in places like Nigeria, Jamaica, Germany, Cyprus, Spain and Kuwait. A portable multitrack system was designed specifically for shows outside the province. The remote side of the business grew to the point where Doug decided to sell Comfort Sound and go full time into live recording.

Doug set up LiveWire Remote Recorders in the summer of 1994, and has been doing location recording ever since, both with the truck, and with the portable airpack system. The system has expanded to 96 tracks.

Doug has been nominated ten times for a Gemini Award for Best Sound in a TV Variety Program, and won a Gemini in 2003 for his mix of the 2002 Juno Awards. He has received platinum albums for engineering Blue Rodeo’s “Diamond Mine” and “Five Days in July”; and “Bargainville” for Moxy Fruvous. “Stevie Ray Vaughan and Albert King In Session”, engineered by Doug, won the W.C. Handy Award from the Blues Foundation for Best Blues Album of 2000 He also won an ADISQ award (Quebec Juno) for his mix of a Richard Seguin concert television special for MusicPlus.

He is a member the World Studio Group, and has been a member of the Audio Engineering Society since 1974. Doug is currently the Director of the Producing and Engineering Program at The Harris Institute in Toronto, where he teaches two days per week.