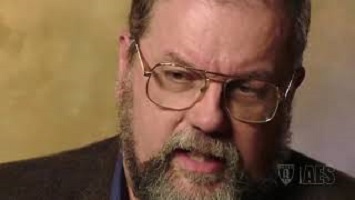 Tom Shevlin was involved in sound and in radio broadcasting as far back as high school in the mid ‘60s. In the early 1970’s he was concurrently performing blues music, apprenticing as a live sound technician and studying electronics at Seneca College. He worked for several years with Toronto audio pioneer Jack Bier, who introduced him to the local AES section meetings in 1973, and provided him with sound reinforcement experience at venues like Massey hall, Maple Leaf Gardens, arenas around Ontario and outdoor festivals.

In 1974 Tom started his own sound company, Natural Sound Ltd., which provided PA for rock tours and music festivals. In 1976-77 he provided all reinforcement, recording and live broadcasting technical services for a weekly national country music concert series called Opry North. In the late 70’s Tom moved on to CBC Radio, where he maintained studios, tape recorders and the multi-track remote truck.

In 1981 Tom began Electrical Engineering studies at the University of Toronto. During summers and weekends he installed, maintained and operated concert sound systems at Toronto’s Harbourfront Centre. He graduated in 1986.In 1987 Tom joined the engineering design team for the CBC Toronto Broadcast Centre, involved with radio broadcast studio systems, digital audio interfacing, multi-track studio design, and sound reinforcement systems. He designed and implemented the electronic infrastructure for the Glenn Gould Studio, and selected a sound reinforcement system for the hall, most of which is still in use 14 years later.

In 1995-96, Tom designed and implemented the analog and digital audio systems for the NBC Atlanta Olympic broadcast centre. In 1997 he moved to the practice of environmental acoustics and noise control engineering with J.E. Coulter Associates; in 2004 he continued this practice as a Senior Review Engineer for the Ontario Ministry of the Environment, where he is currently employed.