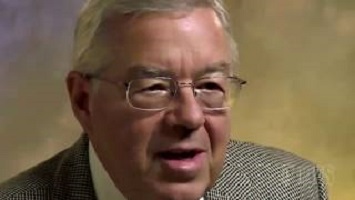 Dr. Floyd Toole has impressive business and academic credentials, having held the postion of Corporate Vice President – Acoustical Engineering at Harman International from 1991 until he retired in 2007 and Senior Research Officer in the Acoustics and Signal Processing Group at the National Research Council of Canada.

Dr. Toole’s research has focused on the acoustics and psychoacoustics of sound reproduction in small rooms, directed to improving engineering measurements, objectives for loudspeaker design and evaluation, and techniques for reducing variability at the loudspeaker / room / listener interface.

His book entitled “Sound Reproduction: The Acoustics and Psychoacoustics of Loudspeakers and Rooms ” was published this year by Focal Press.

Floyd E. Toole studied electrical engineering at the University of New Brunswick, receiving a BSc, and at the Imperial College of Science and Technology, University of London, where he received a Ph.D. In 1965 he joined the National Research Council of Canada, where he reached the position of Senior Research Officer in the Acoustics and Signal Processing Group.

In 1991, he joined Harman International Industries, Inc. as Corporate Vice President – Engineering. In this position he works with all Harman International companies, such as JBL, Infinity, Harman/Kardon, Mark Levinson, Revel, Lexicon, AKG, Studer, DOD and Soundcraft. He also directs the Harman Research and Development Group, a central resource for technology development and subjective measurements in support of product design and manufacturing. He retired from Harmon in 2007.

Dr. Toole’s research focused primarily on the acoustics and psychoacoustics of sound reproduction. Most notably, he established methods for subjective and objective evaluations which have been used to clarify the relationships between technical measurements of loudspeakers and listeners’ perceptions. All of this work was directed to improving engineering measurements, objectives for loudspeaker design and production control, and techniques for reducing variability at the loudspeaker/room/listener interface. For a papers on these subjects he received the Audio Engineering Society (AES) Publications Award in 1988 and, with Sean Olive, another in 1990.

Dr. Toole has published numerous papers in the journals of the AES and the Acoustical Society of America, chapters in two audio engineering handbooks, and many articles in consumer audio publications. He is a member of the Acoustical Society of America, and a Fellow and past President of the Audio Engineering Society. In 1996 he was awarded the AES Silver Medal for “significant developments in the subjective and objective evaluation of audio devices”.

Dr Toole is a Fellow of the Audio Engineering Society (AES) and of the Acoustical Society of America (ASA). He is the recipient of the Custom Electronic Design and Installation Association (CEDIA)’ s Lifetime Achievement Award.