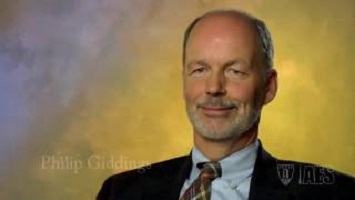 Philip Giddings is a graduate of McGill University’s Electrical Engineering program and is a registered Professional Engineer in the province of Ontario. He is founder and principal of Engineering Harmonics, with offices in Toronto, Ottawa, Vancouver and New York City.  Philip has dedicated his efforts exclusively to the field of audio, A/V and related technologies for the past 31 years.

His technical presentations include:

Philip has served the Audio Engineering Society in the following ways:

Philip is a member of the Professional Engineers of Ontario, the Audio Engineering Society, the Society of Motion Picture and Television Engineers, the Canadian Acoustical Association, International Association of Assembly Managers and the US and Canadian Institutes for Theatre Technology.