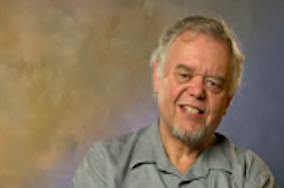 Born and raised in Los Angeles, California, George Graves got his start at what was supposed to be a “summer job” in 1963 at the Century Records pressing plant. By 1965 George had left Century Records to embark on a new journey at RCA. There he would work with classic artists Harry Nilsson, The Monkees, Henry Mancini, Sally Fields, etc. In 1971 he moved on to work with independent mastering pioneer Doug Sax at the Mastering Lab in Hollywood, California lending his unique touch to 3 Dog Night, Neil Diamond, Kenny Rogers, and others.

In 1974, George relocated to Toronto, Canada at the request of legendary producer Jack Richardson, who was setting up his own high-end mastering studio aptly named “JAMF” (Just Another Mastering Facility). Jack, in order to complement his already successful Nimbus 9 productions, needed an experienced and preferably American mastering engineer to commandeer the studio. George expanded his well-rounded resume to include Peter Gabriel, The Guess Who, Rush, Alice Cooper, Bay City Rollers not to mention live Direct-to-Disk lacquer cutting.

Soon after, George would find himself redefining the mastering boundaries at The Lacquer Channel located at the time in Phase One. In 1989, Lacquer Channel relocated to its present location in North York. Return clients included Bryan Adams, Kim Mitchell, Klatuu, Triumph and U2, while new talent Lorena McKenitt, as well as Nexus could be added to his ever-growing discography. Noted recent credits include Gordie Johnson, The Satellites, Lee, The Constantines, and Jim Guthrie. George has mastered literally thousands of name acts in his thirty-eight years and has a repertoire of experience rivaling the very best in the world.