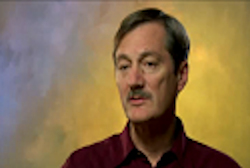 Victor Svenningson is the Production and Technical Manager of the Living Arts Centre in Mississauga. He started his career in audio at Festival Lennoxville in the late 1970s. From there he moved to Toronto Workshop Productions (TWP), Shaw Festival and landed at Harbourfront Centre for over thirteen years. While there he became a technical director.

Victor and his wife, Lydia, then started a family and his path changed while he was working for Strand Lighting for the next five years. But theatre called him back in 1997, when he opened the Living Arts Centre.

He currently makes his home in Port Hope Ontario.