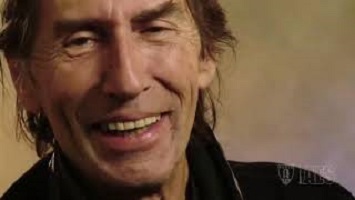 George Semkiw is one of Canada’s most successful engineer/producers. He has recorded some of the biggest acts in the business and built some of the best recording facilities in the country. His career spans four decades and every conceivable genre of music from movie soundtracks and jingles to disco, funk, soul, reggae, world, heavy metal and classical. George has the deep experience to meet the sonic needs of the most demanding customers and has the gold and platinum records to prove it.

George’s credits are extensive – too many to mention – they include the likes of Duke Ellington, Bachman Turner Overdrive, Lou Reed, Harry Belafonte, Funkadelic, Moe Koffman, Trooper, Johnny Nash, THP Orchestra, Triumph, Streetheart, Michel Pagliaro, Colin Linden and Daniel Lanois. He has recorded jingles for Coke, GM, Ford, Labatts, CIBC, Royal Bank, Molsons and Kodak. He has mastered recordings for RCA, Motown, and Capital and has worked for TVO, CTV, Nelvana and the CBC as well.

His music career began as one of the original members of Richie Knight and the Mid-Knights, one of the top groups on the legendary Yonge St. Strip in the early 1960’s. They were the first Toronto rock’n’roll band to have a number one song on the CHUM chart, “Oh Charlena” in 1963. They also opened for the Rolling Stones at Maple Leaf Gardens.

George then got a job in the mastering rooms of RCA Studios (later known as McClear Digital) on Mutual St. in 1965. After 2 years as mastering engineer, George moved to the control rooms of RCA’s studios where he spent the better part of a decade recording musical legends and world-class jingles, while working his way up to chief engineer.

In 1975 he left RCA to oversee the construction of Phase One, which remains one of Canada’s premier recording facilities to this day. There, he spent four years as staff engineer/producer and again made dozens of legendary recordings.

In 1979 it was time to do it for himself – George built Amber Sound, which quickly became one of Canada’s top recording studios. It was the first in Canada to sport a digital multi-track recorder. It was the first to have 5 isolation booths. After 7 years of prosperity Amber was squeezed out of its world-class digs, kicking and screaming, by the overheated real estate market of 1986.

With the studio in a more modest location, the lower overhead offered George the chance to break away from the fortunes of a single studio and become a freelance engineer/producer. Since then he has worked in the best studios in the Toronto area, and as far away as Prague, recording albums, jingles and movie soundtracks. He has also worked as a sound-studio design consultant on a number of occasions. More recently George has taken the time to learn the digital editing system at PsychoSpace Sound and is available to do mastering work there, upon request.